I mean it was worth a shot, right?

Liturgy - Origin of the Alimonies 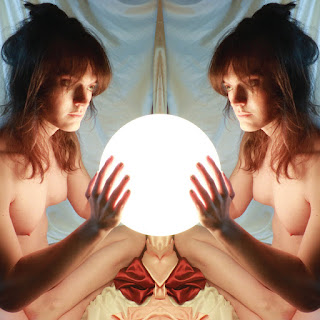 Within the black metal scene there is a stark divide between those who create music that's called 'post-black metal' or 'blackgaze' which is a sort of combination of shoegaze style atmosphere and hazy guitar riffs and the dark and cold nature of black metal into one. Some bands nail it in my opinion, bands like Deafheaven, Alcest, Falasie, Fen, the list goes on. It can create a really unique and heavily atmospheric album that can create for a unique experience. But then there's Liturgy, who's front 'person' of the band, Hunter Hunt-Hendrix, is rather notorious for their, to say the least, interesting rants on social media, particularly on their Youtube channel. What's also fascinating is the rather cultish fan base surrounding this band, seemingly worshiping every step Hunter takes in their artistic endeavors no matter how bad it is, such as this album, Origin of the Alimonies, the latest full length release.

I'm honestly at a loss for words on how to begin. Its pure chaos, and not in the good kinda way. In a very unfocused kinda way. Jumping from one sound to the next, from synth flutes and organs being abruptly cut off by a cacophony of noise and confusion. Its presented to us in a way that appears intellectual and forward thinking, but in reality is truly hollow and shallow. Just because something is strange and confusing doesn't make it 'genius' or 'experimental', it is what it is. I mean I kinda like the drumming in the parts where there are actual drums, but then it gets ruined by everything else around it. The horribly screeching, and sloppy guitars that are just wailing on and on creating a drone of noise that isn't very appealing.

Not only that but this jumping around in genres is not helping the album at all. There's no need for a random down tempo trap instrumental in the middle of the album. Honestly as a whole is like the pretentiousness of hipsters condensed into one solid piece of hot audible garbage. A truly manic, pixie like adderall ridden album that can't seem to find its footing anywhere. Its like I've been waiting for it to get to a part where it sounded like a coherent song but, its just muddled noises sprinkled together. Its like one of those Jackson Pollock paintings, with the colors splashed everywhere to create an interesting image, except he had an actual artistic merit, while this album tries to accomplish that as a musical endeavor only to end up with that muddy greenish brown puke color you get when you mix all the colors together.

I dunno man, don't listen to this, its bad.

Support this album... If you really want to.