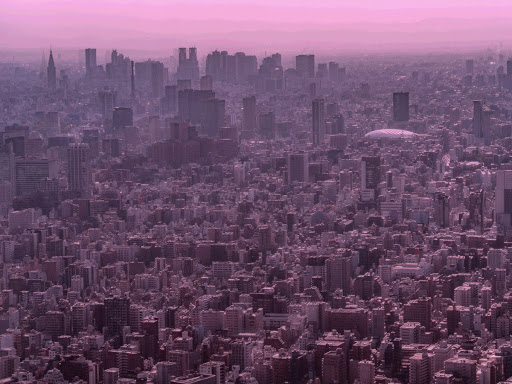 Everyone needs a moment of rest in such a chaotic world we live in. And there's no better way than to provide that moment of rest than music. Elijah Knutsen, an electronic ambient producer, brings us a twenty three minute moment of auditory bliss. Its thick production style adds a layer of atmospheric texture that creates an ethereal like effect while listening, leaving you floating above the metropolis in the clouds.

You ever end up listening to a release and get nostalgic feelings of a time that never was? Bringing up memories of past lives, or maybe even archetypal moments of childhood that are universal to every, especially in the modern age. Where we wish to be drawn back to a time before the hectic chaos and rush of the modern man. Something like this album evokes those emotions, and the first track Wonder How provides just that meditative moment for you to enjoy. With thick synths creating a wonderful background noise that wraps you up like a warm blanket on a cold night, as the light plucking of a heavily modified guitar provides the colorful and star like foreground to the song.

The rest of the album very much follows the same pattern, with simplistic melodies that are drawn out in a dream like way. You ever have a dream, and in that dream you're having a conversation, and as the words come out of your mouth, they seem drawn out and long, like the words are slowly pouring out of you like a faucet left on. That slippery feeling of the dreamworld and the waking world is something that comes up a lot for me through out this album.

But its not all clouds and dreams on this album, towards the end we slowly are brought back to the physical world thanks to the fitting field recording samples used on the last track, where you hear the hustle and bustle of a crowded street, you become just overwhelmed with that feeling of being isolated in a crowd. Being truly at one within your self. And thankfully, that soundtrack is provided with what I presume are guitar noises, mimicking that high pitched whooping noises of whales. Its just something that really soothes the soul.

Honestly a fantastic and blissful listen. Great at the end of the night or the start of a relaxing day. One gripe I do have is that its just so short, but you do get, you appreciate every little bit of it. I know I'll be coming back to this release time and time again.