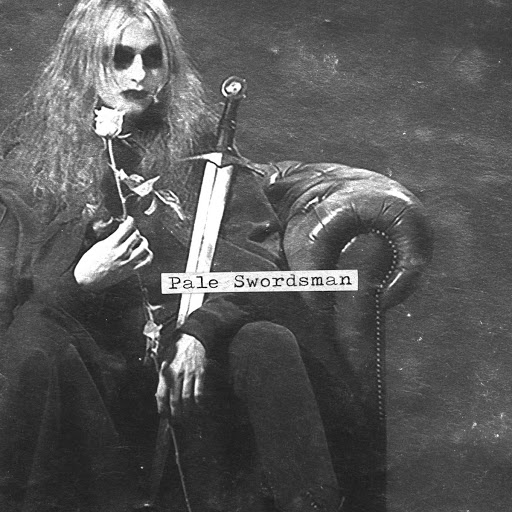 Crying Orc brings us Këkht Aräkh's second full length album, Pale Swordsman, a truly heart breaking album with impeccable musicianship. Continuing what he did on the first album, Crying Orc took the Transylvanian Hunger sound, with endless blast beats and cold guitar riffs that would chill anyone down to the bone, and took it in a direction not many people have in the past. Its not all just blast beats and growls either, there are plenty of emotional ambient moments thrown through out the album. With calming piano pieces and mysterious synths that add a ghost like effect to the music that's unmistakable. Those moments add a brief moment of self reflection to the rest of the music.

I want to take a moment to talk about the vocals. The lyrics and the vocals are probably the most interesting bits on the album. All of the lyrics are posted with each of the songs on Bandcamp, and reading over them, both with the music and with out, shows his skill in poetry. Sometimes it can be a little cheesy, not gonna lie. With lines like 'Darkness over the garden, night reigns and the world suffers, with hands pale like a marble, hold me close as a lover' it can make your 'Trve Kvlt, No Fun' kinda guy roll his eyes til they fall out of their sockets, but honestly, I think it adds to the aesthetic the album is trying to produce. Its like a bard telling a poem. A truly dark romantic album, akin to some sorta Renaissance era swordsman writing love ballads to some duchess in the dead of winter. I think the best example of such a track is the last song, Swordsman, a three minute piano love ballad. Something I thought I'd never say in a black metal review but here I am, loving every bit of it.

But beyond that its your typical lo-fi black metal affair. Cold riffs, boney snare on the drumset as its blasting away, harsh painful growls. Not saying its boring, but the repetitive drum beat can be a little tiresome at times, only changing up very little here and there as the riffs change as well. What makes the instrumentation stand out from other lo-fi black metal acts are the added synths and piano pieces as well as the style of production. I'm still not sure how to fully put it into words, but the style of 'lo-fi' isn't overly harsh and isn't just pure static. It still has its melodic core and 'cleaner' tones than most other acts of the same kind. Even the vocals are clear and open, giving the listener the ability to take apart each lyric if they listen to it closely.

I feel like this album would be a good start for anyone who wants to get into the black metal as a whole. Its hits all the notes a black metal album should, but adding more to it and creating a truly unique experience that is emotionally intense as the music is. A big recommendation from me.