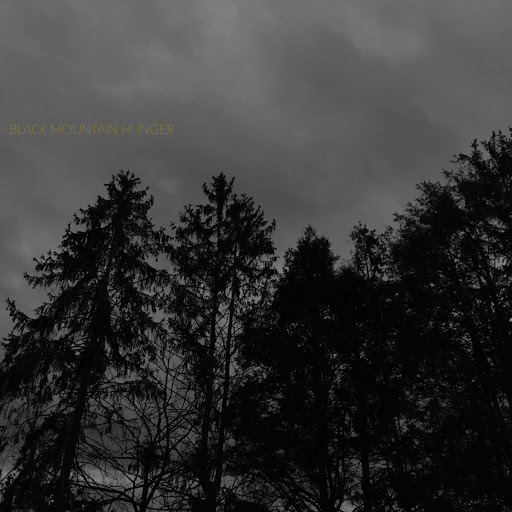 Black Mountain Hunger, hailing from Asheville, North Carolina, presents us with their latest self titled EP. A massive sounding atmospheric black metal album that truly captures the nature of the Appalachian mountains. Creating an awesome massive wall of sound with its swirling guitar riffs and hypnotic double bass drums that's paired along side sinister sounding vocals that creates a great sense of atmosphere.

What's really cool about this band are the guitars, plenty of mournful guitar solos through out the album that have a dark and melancholic tone that again, adds on to the atmosphere. Hence the band being labeled atmospheric black metal, it truly fits them. Taking clear inspiration from bands like Wolves in the Throne Room, Asagraum, and others of the same ilk. With plenty of mid-tempo and slower songs that draw out the cold atmosphere. But plenty of fast paced bits that really drive home the viciousness of the EP. Not only that but the swirling riffs and massive wall of sound that the album holds is very common with these bands, and not many of them can really nail it well. Lots of times bands can got lost in the woods, no pun intended, but these guys found that perfect balance between heavy atmosphere and a heavy sound, with out skipping creative instrumentation.

As someone who's familiar with the nature of the area they're from, they've truly captured the beauty and eerie atmosphere those woods can make. Taking you to
a time that's truly left in the past. Just by wandering through the woods you can come across some hundred year old cabin consumed by nature its self, what spirits that haunt those woods are captured here on this release. With these guitar solos through out the album that capture the moment where you're walking through those mountains and you find a view that's truly breath taking, much like how these solos can be. Especially on the ending track Light And Less, where they went all out towards the end, reaching a great climax at the peak of the mountain. Its a true journey this EP. My only gripe with it is just how suddenly it ends. It almost feels like it needs to conclude some how. It really makes me look forward to their next release, when ever it may be, but for now I highly recommend giving this one a listen.