Febris Manea – Through Pale Opulence Thy Reign is Doomed 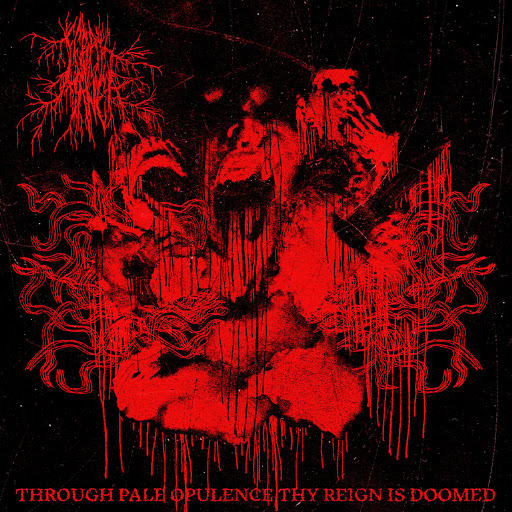 I've been following Febris Manea for a while now. From humble beginnings he's slaved away creating the most twisted and dark black metal as possible, and consistently doing so. In the early days of course, he wore his influences on his sleeves, taking from the book of Xasthur, Leviathan, and Japan's legendary Endless Dismal Moan. But now, boasting his sixth release, titled Through Pale Opulence Thy Reign is Doomed, he's come a long way, creating truly dark and twisted music that stands out from other acts who claim to do so. This isn't your every day version of 'horror metal'. You won't be finding any cheesy B-movie horror here. Just the dark truth of reality.


Its not often music leaves me with an uneasy feeling. Maybe when I first encountered war metal bands, or even when I first stepped into the world of black metal, there were times that left me creeped out by the atmosphere certain albums built. But with this album, it took it to another level, really. Angular riffs that leave you with a deep uneasy, industrial style electronic drums that hammer away drilling its hole deep into the psyche, and of course the hellish tortured screams from the man him self. Even the album cover creates this sense of nightmarish horror that can only be spawned from some dark and twisted mind.

The album is all force, creating a dense wall of sound for you to break through if you'd want to piece out each individual instrument. But there are parts where one can breath, small ambient tracks and audio samples from some horrific videos from across the net. Which, in my opinion, helps this release stand out among the typical fantasy themed black metal. We're all used to albums about evil castles and cold wintery woods that Satan frolics through, sure. But how often do you hear suicide bombings or murders sampled on albums? Not often, that's for sure. And that really adds to the level of twisted atmosphere this release has. You can't escape the insanity of humanity. The evil nature that comes from us. This album captures that exact idea in audio format.

When comparing this release to his past ones it goes to show Febris Manea has come a long way. Refining not only the riffs and musical structure of songs, creating more melodic moments, but also turning up the extremity and intensity of the music as well. The production helps too, becoming a lot more refined clear, yet still keeping the lo-fi and rather dirty sound that I've grown to love over the years.

Easily his best release yet, and definitely on the list of best albums I've had the pleasure of listening to this year. Truly hellish and chaotic metal that puts forth the dark insanity that is the reality we live in.