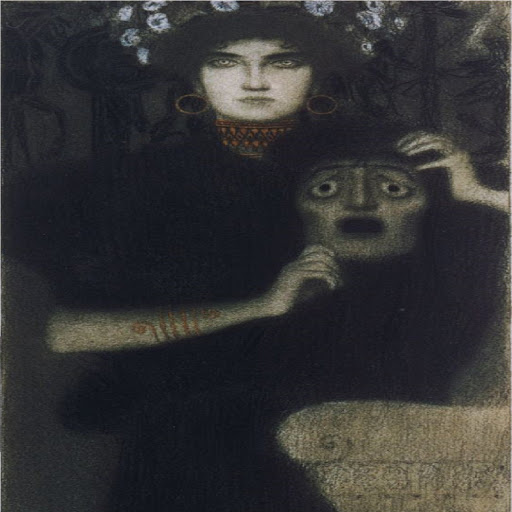 I'm torn on this one. Canadian black metal cultists Obsolete Incunabulum release their first demo, a haunting 24 minutes of pure oppressive noise. I feel like there's a lot of potential that is really missed here. While on one hand, I enjoy the atmosphere it creates, especially on the opening track which is appropriately named Int(r)o – The Depths, as it really does sound like you're descending down a hellish dark hole. But on the other hand, the rest of the demo, it really turns into a very monotonous static that repeats over and over with very little variation.

While I can appreciate the especially lo-fi albums, the guitars are rather hard to listen to. Truly being an electric noise where, while the riffs are there, its hard to really pierce through all the noise. Another thing are the drums, heavily muffled and deep. It creates a dark atmosphere but, just sorta muddies the whole track up. Since there are only two tracks on this demo, the second is where all the instrumentation lies. There are some nice moments that remind you, hey you're listening to music. Which are smooth transitions from one tempo to the next. Picking up much more towards the end, where it admittedly gets a lot more interesting.

The vocals are a nice touch though. Hellish screams from the damned and haunting moans can be heard all through out the album. Like ghosts from the past. They sit just above all the noise, so you can really hear the screams, but they're echoed which just adds on to the whole atmosphere of the demo.

A part of me really wants to like this album but I'm just not sure where I stand on it. Being a demo after all, I can't give them much hassle, especially being their first release. I'd be really interested in hearing what else they'd have to offer in the future. Or perhaps they'll just meld back into the dark Canadian woods, where ever they may lie.