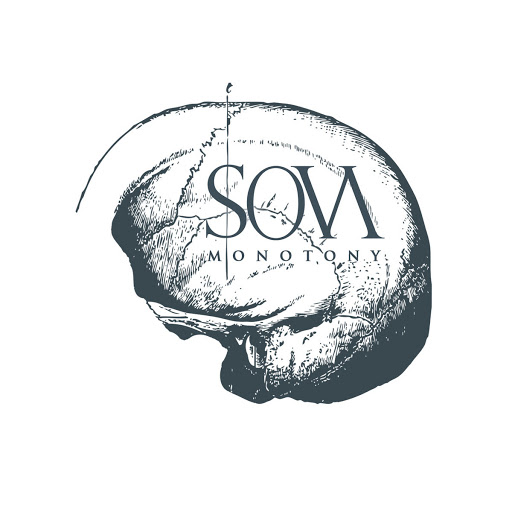 Shrine Ov Absurd is a one man band that hails from Havana, Cuba which brings us the second release Monotony. The sole member who goes simply by J. is known for his other band Skjut, where he goes by the name of Conspirator, is well known within the small Cuban scene, creating raw and traditional black metal. This band how ever, takes a different approach to black metal, bringing on a more epic and fuller sound than on the previous release as well as creating a heavy sense of atmosphere in the album thanks to the lyrics provided.

The first thing that comes to mind is how much inspiration he took from bands like Drudkh or Hate Forest. Wicked tremolo picked guitar riffs along side rapid and punishing blast beats all played with phenomenal skill. Some of my favorite parts are the more slower and dissonant parts, building the heavy and foreboding atmosphere the album has. There are plenty of more mid-tempo parts as well, where the drumming really shines, where the creative fills can shine and add a little bit of color to the bleak (in a good way) sounding guitars.

The vocal performance is very much reminiscent of bands like Mgla or Hate Forest, guttural and forlorn mixed with the sound of pain. Its truly an epic performance. The lyrics provided as well are very heavy. Deep introspective concepts that grapple with concepts of religion and misanthropy. Acknowledging the monotony and futility of it all. Its emphasized by the bleak and rather black and white sounding instrumentation. Cut throat guitars and straight forward drums, it doesn't need to be fancy or blow your mind. It simply needs to move you with its emotional force. And accomplishes just that.

Honestly this album is a bit of an endurance test as well. While, not being incredibly long, only running for thirty-six minutes, it feels longer. Thanks to the production style and style of playing on the guitars. The wall of sound really makes it feel as though you're in a long haul, and can hypnotize you at times, bringing you into a dark trance of misanthropy.

In the end this album is a solid release and stands on its own. Not much else is needed to be said other than you must listen.