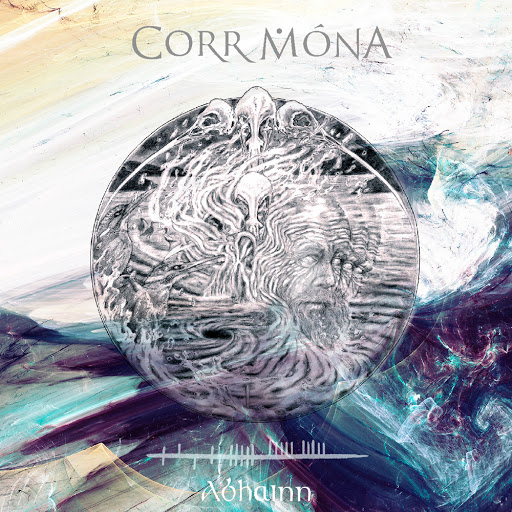 After a long seven years, Corr Mhóna have finally released their second full length record, Abhainn, a wonderfully beautiful album based around the mythological and spiritual importance of rivers. Something that is incredibly important in Irish-pagan spirituality as the rivers represent a deep duality of both life and destruction. These guys have captured this duality perfectly in their music, combining both calmer ambient and folk parts with heavy atmospheric black metal. Its truly a work of art.

Just to begin the album greets you with the sound of water flowing combined with traditional Irish instruments that create an eerie yet serene mental image of the Irish country side. We are then greeted with beautiful vocals sung in the Irish language, which the whole album is in. In fact, each of the tracks are named after rivers through out Ireland that are important to the folklore and mythology of the land. Continuing onto the music, its a great mixture of fast and calm, ambient and intensity. Much like how a river flows, it ends up starting calm, only to be engulfed by the force of the waves, taking you along its current and hitting you with its intensity through chunky heavy bass and guitar riffs, and plenty of double bass to keep you under the water. The vocals also gain in aggression and intensity, sometimes the clean and the screamed almost combat each other during the song. For example on the fourth track An Laoi, a very creative thing they did is how the voice transitions from one form to another, keeping that loose and liquid feeling of the album.

The atmospheric and folk parts are some of my favorite. As a fan of folk and traditional music from across the world, some of these passages really capture the imagination and paint a beautiful picture of the Irish country-side. What more is just how its integrated into the music really makes it feel like you're attempting to travel through these rivers. A perfect example of this is on the fifth track Banda. It being intense, and heavy with blast beats and rapid fire guitar picking, even the harsher screamed vocals make an appearance as well. But as you flow down that river, it calms down, transitioning into a folk guitar piece and right when you think you've reached the shore, the current drags you back in, transitioning back into albeit a slow but heavy sound. It just really captures the imagination perfectly.

These guys truly stand out in the whole 'atmospheric black metal' genre or what ever you'd want to call it. These guys made some truly beautiful, contemplative, and spiritual music that captures the listener in its cold, watery embrace. Highly recommend this album if you're a fan of stuff like Agalloch, Bathory in the later pagan years, and even Drudkh in the way they capture the imagery of nature so flawlessly.