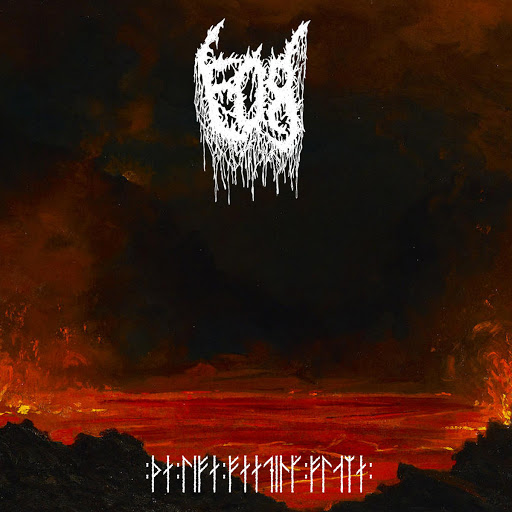 After a four year hiatus, returning from the underground, the death doom metal band FŌR returns with their first full length release. Crushing those who stand in their way with devastating bass and guitar tones that shake you to your very core. Layered beneath it is the earth rumbling sound of the drums, slow and steady but powerful and chaotic when need be.

Diving straight into the music, there's no playing around here. These guys really put out their best work here, coming off the back of two previous releases, one EP and the other a Demo, they've improved in not only in their skill with the instrument but in production as well. Keeping it hellish and dark, but bringing it out into the light. Not letting it become a heavy static mess that some death doom bands tend to fall victim for. The bass tones are grimy and in your face, the guitars creating a sweet and hypnotic wall of sound for the background as well as other twisted sounds through out. As the faster moments pick up it can almost become suffocating, the hectic and chaotic drumming and furious picking combined with the hellish vocals create for quite the experience, especially if listening on a sound system with a heavy bass speaker, it can truly shake you to your core. But there are plenty of moments of rest where you can breath and zone out, taking in the dark atmosphere this album drips with.

With only three tracks it doesn't over stay its welcome. Each song flowing into one another seamlessly, and with each track not having any titles its most likely that they recorded this to be one twenty-three minute song. And it works out very well, especially with the imagery the cover has of a hellish magma pit. Just like how the lava slowly flows, destroying things in its wake, so does this album. You add on top of that the dark Germanic pagan symbolism through out the album as well as the mysteriousness of the band, it creates a great sense of foreboding atmosphere. Referencing Þursian spirituality and evoking the life baring flame of the jotunn Surtr and his flaming sword. Its just great mental imagery for such a vivid and crushing album.

This is a must recommend from me, especially if you're a fan of death, doom, and anything else in between the extremes.