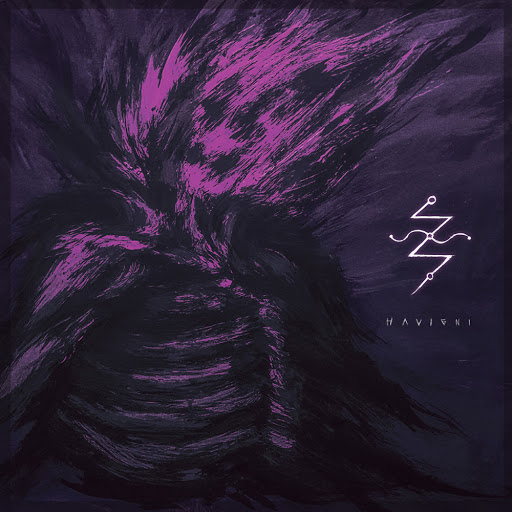 Hailing from the jungles of Colombia, Gexerott presents us their third ritualistic offering to us in the form of Hallucinetic Violet Ignition, or otherwise known as Havigni, is a psychedelic and oppressive journey through a unique take on black metal take is both unique, yet traditional. Contained within are deeply esoteric and twisted vocals that range from clean to harsh and inhuman. Tight and skillful instrumentation and memorable riffs that will be stuck with you for days.

Starting out lets talk about the variety of sound you'll hear through out this album. This isn't no one speed black metal all the way through with the same blast beats. Each song is progressive in its own right, creating climaxes and interesting journeys all contained in one track. From the typical tremolo picked riffs to hellish and chaotic solos, and even acoustic pieces that add to the deep atmosphere contained within the album. Each instrument shines as the production style is contained at that sweet spot of raw yet clean and not overly abrasive. The vocals are to me the most impressive part of the album, with the album mainly keeping it raw and bestial but not afraid to dip into cleaner, choir like parts of the vocals layered onto one another. There's also a very impressive screech that sounds extremely inhuman. It reminds me of the screech you'd hear in Pink Floyd's Careful With That Axe Eugene. Its just truly ear piercing and is wonderful for an album like this.

The imagery on the album is also very unique. As I've said before, there's an emphasis on the gnostic and ritualistic aspects of the album. Simply by listening you can tell they poured a lot of them selves into it. Coming off of their previous works, this tops them all. It sounds the most self assured and confident. These guys are ready to draw you into their dark and twisted world with their chaotic yet purposeful music.

My favorite track is the second, and self titled track, on the album. I think it perfectly sums up the album as a whole. Showing off everything the band has to offer into one concise five and a half minute track. But that doesn't mean you should write off the rest of the album as each track is just as memorable as the other.

I highly recommend this album to just about anyone really, even if they're not that much into metal. In my opinion its very accessible thanks to its style of production and really unique style that has the album stand out on its own compared to its peers, while still being able to keep those roots of black metal in there. Simply fantastic.