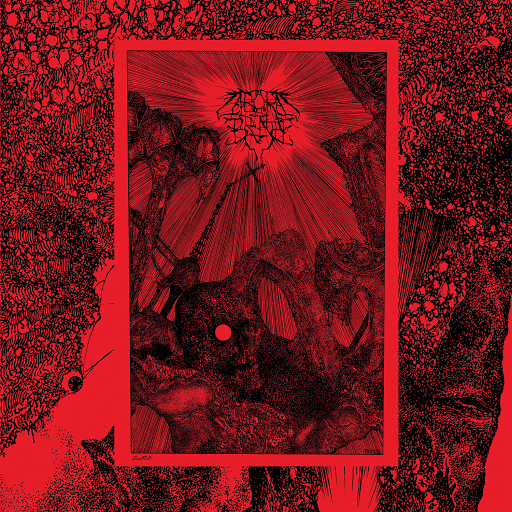 Hailing from Oakland, California, one mad-man presents us with his debut album, Dyspnea. A dense and morbid album with unrelenting instrumentation that hypnotizes you with its psychedelic and oppressive riffs.

Just from the opening track Hypoesthesia, it creeps in for its hellish and chaotic assault, with intense blast beats, manic and truly chaotic vocals and a wild guitar tremolo picking away. And it being a solo effort really blows me away as each role is played flawlessly and all presenting the same intense rage and focus for an album like this to have more than one person working on it would take away from its intense focus in my opinion.

But, you can tell that the guitar and vocals are the main shining point in this album. While yes, the drums are fantastic with unique fills here and there, it simply is straight forward blast beats that get the job done with its fast fury. The guitars on the other hand are mind bending. With chaotic picking and really twisted and dissonant riffs that almost counter act with each other in a very unique way. There's just this warm wall of sound that never lets up that twists and turns and pulls you around with the interesting notes chosen.

Each of the tracks are an epic and dense journey, save for just one. But for a five track album that runs for thirty-six minutes, it feels much longer thanks to the given style chosen. This album is truly a mental stone one must carry and listen to more than once to appreciate the intricacies this album has to offer. The one track though, Serpent Womb, is a truly eerie and almost horrific album. With a droning synth sounding like an alarm going off and a hellish atmospheric background noise that draws one deeper into the darkness of this man's mind. While the rest of the album barely lets up and continues to bombard you with its intensity. A truly remember able experience this album is. I'd recommend this to those willing to embark on that dark journey this album will take you.