Monte Penumbra – As Blades in the Firmament 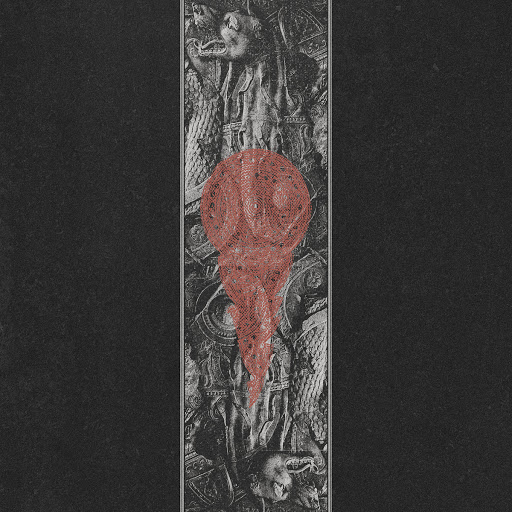 Monte Penumbra brings us their second full length album, a densely powerful gnostic album known as as Blades in the Firmament. This is quite the album, an epic proclamation that incorporates many styles and brings a unique approach to the extreme metal sound. To simply label it as 'blackened death metal' is much too simple and really not doing the band any justice. Monte Penumbra started as a duo, creating slower, doomier style black metal in the vein of the legendary band Ved Buenes Ende, being heavily inspired by the style of that album on their first release. But with the drummer parting ways and leaving W.uR as the sole member, I believe, like with many one man bands, it can create a great sense of focus on what the music produces and this album shows it.

While still being inspired by Ved Buenes Ende, with atonal and angular riffs that sound like they should clash but don't, creating beautifully demented melodies that can get stuck in your head, but he departs from that original doom sound quite drastically on this album, being more inspired by death metal and black metal as a whole, even having brief moments of Deathspell Omega thrown into the mix, clearly being inspired by the heavy dominating atmosphere and oppressive sounds. The production quality is top notch, really blending in well the intricate parts of all the instruments creating a beautiful whirling wall of sound that punishes those who don't pay attention as its technicality can fly right past you in a blinding speed. The vocals are also much harsher, being mixed in the background as a ghostly rasp that creep out at you when least expecting it.

As the album progresses it only gets better. Its like falling deeper and deeper into a dream, like the self titled track as well as the last track, Trephining the Severed Head of the Oracle, there's an almost psychedelic dream like quality to them with the slower and down tempo parts emphasising that dream-like state. With the harsh vocals pulsing in and out and hectic, chaotic, albeit incredibly skilled drums paired with the atonal riffs create a sense of anxious urgency that you get when you're in the middle of a nightmare.

In order to truly appreciate this album you must give this multiple listens. When I first came across this album, I was obsessed for weeks straight. Listening to it constantly over and over. But then I stopped all of a sudden, leaving it behind. Letting the melodies and riffs embed into my mind and letting room for other sounds to mix in. But after coming back, I realize just how much more there is that I thought I heard but had missed the first time. This is one truly incredible album, highly occult and deeply meaningful. A fantastic release.