Svartmass — Beyond the Veil of Death 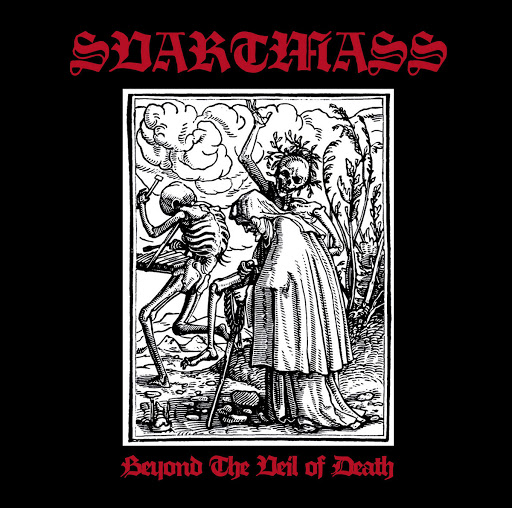 Hailing from Havana, Cuba, comes the first release titled Beyond the Veil of Death by Svartmass. A stark reminder of death and a celebration of it. A true dance macabre. It features Conspirator known for his other bands Shrine ov Absurd and Skjult. This time teaming up with another simply known as Antichrist. Together, they create a raw and melodic black metal album, with incredibly catchy riffs that get addicting the more you listen.

Immediately as you start the album you're greeted with Conspirator's rather familiar guitar sound, especially if you listened to his other bands. It helps make them sound distinct and the deep raw tone creates a great fiery atmosphere that is complemented even more so by his vocals, which sound more raw on this act. There's a harsh hoarseness to his voice that makes it sound as though a skeleton are providing the vocals even some deep growls taken straight out of death metal. The drums are powerful and intense as well. Filling out the whole sound and being able to add a fullness to the sound. Besides that as well, they're also incredibly catchy, when paired with the guitar riffs its like ear candy, you can never get enough of what you're hearing.

To me the best parts of this EP are the slower more down tempo parts. Especially on the last track The Necromancer, a seven minute epic with plenty of room to breath in the more mid-tempo parts to only pick up the assault in the faster blast beat sections. There's a great sense of imagery in the song as well provided by the lyrics. Chanting out in praise to some evil necromancer who raises the dead with Satanic magic.

Its a very traditional album. Not experimenting to much with the black metal formula, keeping it simple and cut throat. No extra frills or special bells and whistles on this. Its a black message of death to those who wish to hear it. A great listen and always a strong release. Looking forward to what ever else is put out by these guys.