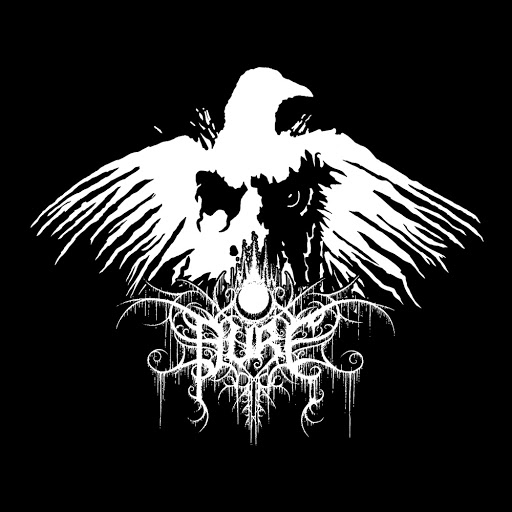 Swiss occultist Bornyhake has made his rounds across the Swiss black metal underground. Known for acts such as Borgne, Ancient Moon, Enoid, My Death Belongs To You, and The Path of Memory, but there's one act that I've come across of his that I have grown to really enjoy. Being a fan of one man black metal bands, this one is a given. Pure, his solo project, is a introspective and dark band with cold and depressive riffs, it reminds one of bands like Leviathan, Horna, Nargaroth, and other such depressive classics.

His latest album coming from his solo act Seeds of Despair continues that cold sound. This album takes a similar approach as the others, taking it slow for the most part with hypnotic riffs and cold drumming,but instead the production style is a lot more cleaner and robust, not so much going for the raw and lofi sound. What I also enjoy about this album is how the songs are different from one another. A lot of times when you listen to more atmospheric and depressive black metal bands, they tend to fall into the habit of keeping the same rhythm through out the whole album. But Bornyhake's creativity shines on the album as many of the songs change in terms of timing and song structure. Faster break-neck blast beat style songs to even the slower and more ambient guitar centered pieces. One of my favorites Is the fourth track Somewhere in the Night, Loneliness Dwells, a song that can be broken up into 3 parts, with the slow creepy ambient guitar intro, the furious and angry blast beats in the middle, only to return to the same guitar riff to close out the song. Its a great way to really showcase the range of the album and I think a great solo-track on its own.

All the instruments and vocals are performed very well. There's no slacking on any part. The best part in my opinion are the vocals, keeping the original style Pure started out with. Very raw and lofi high pitched screams. They're mixed very well into the instrumentation and blend well to create that harsh wall of sound we all know and love. On top of that, the bass on the album is really gnarly. Incredibly heavy tone that gives the instrumentation a fuller more robust sound that is perfect for this style of album. It keeps the coldness but makes it heavy.

There's very little for me to complain about on this album, I enjoyed it very much from front to back. Definitely a recommendation from me if you enjoy the more traditional second-wave black metal sound with a more depressive and introspective tinge to it.

OR GET THIS ALBUM HERE