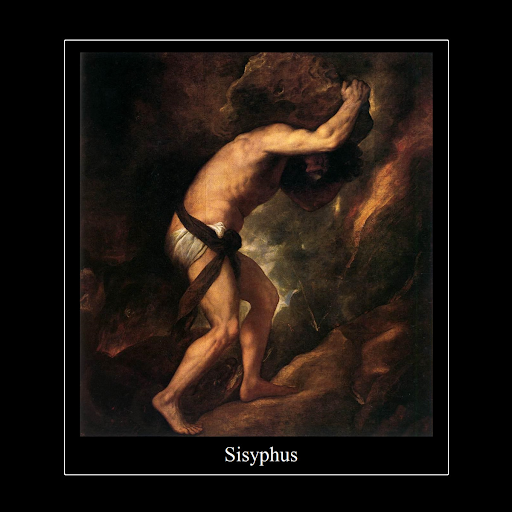 A man coming from humble origins, Jan Kučerňák hails from Czechia. A simple guitar teacher but with a massive passion and a creative ear for guitar. His first album, Sisyphus which was released back in 2020, is one with a massive concept, and quite impressive for one to tackle on their first go. It is related to the ancient Greek story of Sisyphus, a man doomed by the gods to push a boulder up the hill forever. In truth, he represents the eternal struggle of man. Always pushing forward for something that may, or may not even exist. What Jan here has done is taken that story and gave it his own unique musical interpretation, and it is very impressive. A progressive rock and metal mixture with plenty of emotion to boot. Entirely instrumental, yet it is still able to convey the story he's trying to tell.

The music right away pulls you in. Smooth electric guitar riffs accompanied by an acoustic which adds texture and layers to the playing, all performed by Jan him self. His skill is on clear display as you can hear the ease at which he plays. Its both technical and filled with emotion. Not laying flat or dry at all. All through out this album are almost psychedelic solos that really turn the intensity of the emotion up, where the story of struggle reaches its harshest point. That's where the metal leanings begin to flare and Jan here is not afraid of getting heavy what so ever. Alongside that what you have are also soothing and rather emotional solos, not as heavy as the others, but they convey the more somber side of the story.

The drums, performed by Radim Grünwald, are tight and on point. He doesn't miss a beat and is easily able to carry on through out the album. He keeps it rather simple, but don't simply scoff and dismiss him. His timing is almost impeccable, and is a truly a professional of his instrument.

Through out the album as well are nice little atmospheric touches provided by the keyboards, performed by Jakub Lutner. They're not very prominent through out the album, but they are there in the background, adding more layer and textures to the music to give it a very colorful and very smooth jazz touch to it. It shines very much in the fourth track Down the Stream, where its performed all through out the track, and even turning into an electronic drum beat towards the middle. Relating back to the story of Sisyphus, it could perhaps it could represent the technological struggles of humanity. But, either way, its an interesting touch, though I don't think it really fits with the rest of the album.

My favorite track off the album is the last track Last City. Its an emotional track and the heaviest off of the album. Its metal influences shine all through out, with a major influence from Opeth. It begins somber, with the keyboards adding a nice twinkling atmosphere to the electric guitar, but soon the break down kicks in and increasingly grows in intensity. The guitars grow heavy and a droning operatic voice chimes in and blends in with a wailing guitar solo. Its psychedelic, impactful, and most of all awe inspiring.

This album is incredibly under rated, and should deserve a little bit of recognition. Its a unique take on a timeless story with skillful guitar playing that truly steals the show. This might be an album I'll be coming back to again and again. Highly recommend.