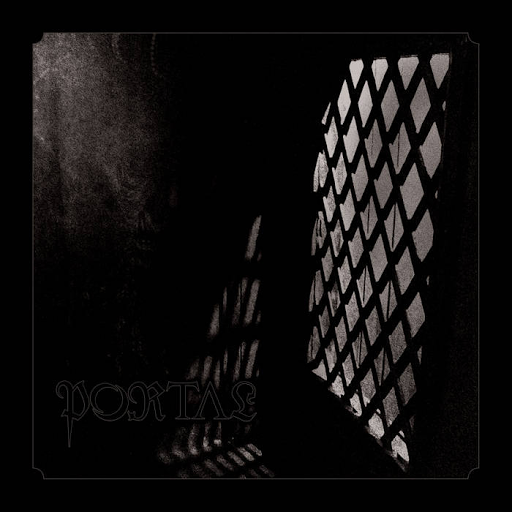 Australian based death metal occultists Portal brings us their sixth offering Avow, an incredibly cryptic, chaotic, and manic album which was pulled from the depths of hell. Portal is unlike any other extreme metal band out there, combining the cosmic horror of Lovecraftian origin into their music with sweeping guitar riffs that, chaotic drums, and demonic vocals that come from a literal demon, the band's music is best described as inhuman.

This being their sixth release, its what you'd expect from the band, at least in terms of extremity. The crushing and oppressive atmosphere is there, but with a maniacal twist that really leaves the listener feeling uneasy the whole album as the twisted guitar notes are consistent through out the album. Its like a background white noise, but just keeps sweeping up and down twisting the notes around in very angular ways that again, leave you feeling very uneasy. This isn't just some album you can pop on and have in the background. Its incredibly dense, and as you begin to pick out the bits and pieces of this album and how they play you begin to realize just how technically impressive it all is.

Now compared to their previous releases this one, I think, is their 'dirtiest' sounding album. Now, you might be trying to figure out what that means with this type of band, but the production is very muddy, almost lo-fi to an extent. Especially if you compare it with Ion, their last release before this one. That album was incredibly fluid with its instrumentation and recording, having very clean and clear notes, albeit in their typical chaotic fashion, but when coming onto Avow its a stark change, and really adds to the dark atmosphere this album builds and mainly consist of.

Another thing I've noticed is how there is very little variation with each track on the album. Each track seem to flow one after another into each other almost seamlessly, creating a sense of endless dread as you're listening when the droning guitar tones in the background really leave a mark along side the pounding of the drums, which are arguably my favorite part of this album. The drumming is so tight and the timing is near perfect. It sounds like it was played by a robot, but knowing Portal, they just have an incredibly talented drummer who killed it on this album as always.

With just how dense this album is, its almost hard for it to be enjoyable, but at the same time I still find my self coming back to it. Like eating incredibly spicy food, or like getting a tattoo. Its borderline torture as you're in the middle of it, but in the end you'll probably enjoy it, its its your thing. This album is very much that, and I'm not sure how I feel about it compared to the rest of their discography. Its not necessarily my favorite, but still glad to have it be apart of my collection. This is the type of album I'll probably come back to in the future with a new perspective on it. For now, its truly an experimental piece of art that I can't wrap my head around. And perhaps, that was the point.