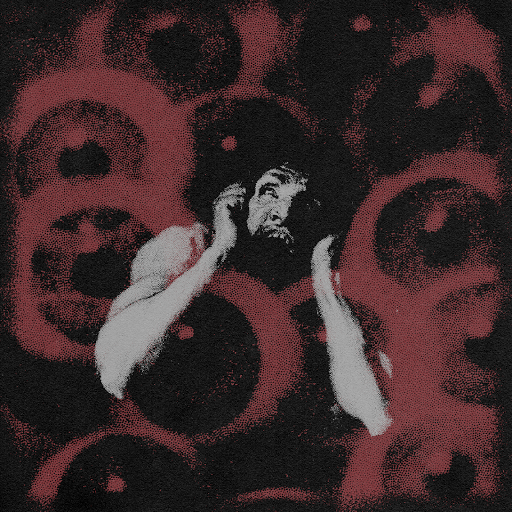 Hypnogogia is the state in between waking and sleeping. Its that moment, when you lay down to rest, right at the very precipice of the dreaming and waking world where all of your darkest thoughts come to life. Things like sleep paralysis, lucid dreaming, and other hallucinations are brought forth, keeping you in a unique and twisted state. You may be thinking to your self, what does this have to do with metal? Well, Portuguese black metal occultists The Devouring Void have released an album based around such an idea. Hypnagogic Hallucinations is their first full length, coming off of the back of a couple of different extended plays, this is their most complete work yet.

The production and instrumentation of this album is near flawless. Clean yet harsh riffs, impressive drumming, bone shattering bass, and vitriolic vocals all wrapped up in a tight and neat package. Each moving part of the album is working in tandem with one another, thanks to Nuno Verdades, the sole instrument player of the album. When combined with the incredibly impressive vocals provided by Timothy Clay, creates for a very unique black metal experience. Its a great combination of progressive black metal with some modern twists as well. Especially on the vocal work which have a very melodic flow to them that matches the rhythm of each song very well. On top of that are the very vivid and colorful lyrics depicting horrific images of nightmare like proportions. Through out the whole album, the vocals are performed in your typical harsh extreme metal style, almost bordering the many 'core' genres, but not drawing too far away from the black metal roots. What caught me off guard were the clean vocals toward the end of the album that I thought were a very pleasant surprise and created a great sense of relief from the nightmare like atmosphere the rest of the album builds up.

The instrumentation are truly impressive and are just a major highlight across the board. The riffs are a mixture of dissonant and oppressive with a very much ethereal quality that makes it sound somewhere in between the waking and sleeping world much like how these hallucinations are supposed to come about. They've layered it just right where its not covered up by say the drumming or vocals, but you do have to give it a close listen to really pick up on the impressive skills Nuno has with it. While the drumming may be simplistic and your run of the mill black metal style, its still performed very well, very tight, and keeps the music going with out adding anything needless to it. With each passing track, its like a story is being told of their dark experiences in this realm of consciousness, the way each song sort of progresses into a climax and finds its ending is a great way to have each of these songs stand on its own, yet fit perfectly well when played back to back as a proper album should.

These two have released a very unique and interesting concept album in the world of black metal. The perfect theme of hypnogogia is truly fitting for the twisted and dark world of black metal. After all, who doesn't want their sleep paralysis demons to create a wicked album such as this? Must listen across the board, and a good contender for album of the year for my personally.