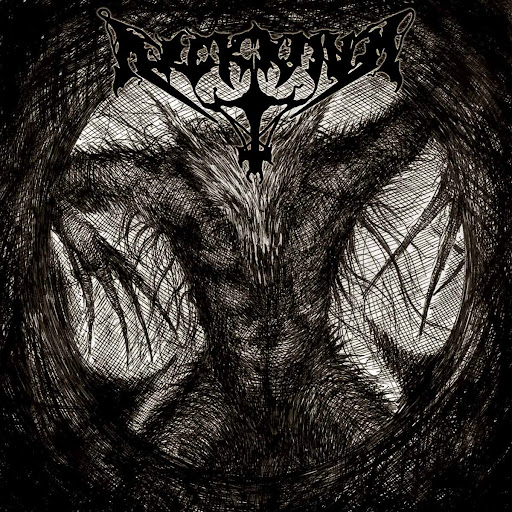 If there is one band that I feel does not get enough credit as they deserve it is the band Arckanum. Formed back in 1992 by Shamaatae, now known as Ekotur is an occultist and one-man band who imbued the music he created with the spiritual teachings he practiced. Those teachings are known as The Thursatru Tradition, which was coined by Ekotur him self. It is based around the pre-Christian Norse religions, but instead of praising the cosmic gods of order and life, such as the æsir, vanir, álfar, etc, they focus instead to the giants of the underworld, þursar (pronounced thur-sar in English). A thursatruar views the world through a gnostic and anti-cosmic view, deeming the gods and the giants known as the jotunns as their enemies. And through his work with the band Arckanum, many of these beliefs were expressed through the music, with much of the lyrics being in an old Nordic dialect, he kept the tradition alive, as it is important within the spiritual practices to keep the tradition as it was from its source. Not to defile it or twist it as one sees fit. And this is true as well with how he approached black metal through out the years of Arckanum.

While I could turn this entire post about thursatru, my expertise lies more with the album at hand but, we must first give some context on the meaning of its title, ÞÞÞÞÞÞÞÞÞÞÞ. It is the run Thurs, which of course is the rune of the Thursar, the very foundation of Thursatru its self. The reasoning behind the repeating of the runes is that each of the eleven tracks at hand start with said rune. The rune its self, has many meanings all related to things such as giants, Loki as a giant, chaos and the powerful forces of nature, which are all themes represented in the music at hand. Both I'm sure within its lyrical content, but certainly in the force of the music.

Speaking of the music at hand, it is a very solid and incredibly skillful play of traditional black metal. The double bass drum rarely dies down through out the whole album, when paired with the incredibly stoic guitar riffs that shines every once and a while with a hint of melancholy on certain tracks, they will get stuck in your head. Each song blends well into one another, creating hypnotic moments, especially on the second half of the album. Right towards the middle there is a break, the ambient sound of winds and the far away chants of some long forgotten ritual ring through. Once the chant has subsided, the guitars roar in, as if Fenrir him self was awaken to devour the gods.

These are moments that has not left me since I first heard this album, and drew me in deeper into this kind of music, searching for something that struck me like this album. This was one of the first black metal bands that I had ever heard, and to me, this is a true distillation of the genre its self. At this point in Arckanum's discography, it was the middle point, being their fifth album, the sound had reach a point where it was much past the lo-fi approach of the first two album, and incredibly powerful demo Trulen before. Instead, the approach was a more cleaner and crisper production style, that still had an incredibly gritty edge to it. Deep and guttural guitars that shake the very core of the listener, and the the way the bass drums have such a prominent force in the music really drives the magnitude and size the album portrays. But yet, its still very listenable for a newcomer to the genre, and would be an album I'd point towards as something that would be a good starting point. This album is a must listen, there is little more that I can say.