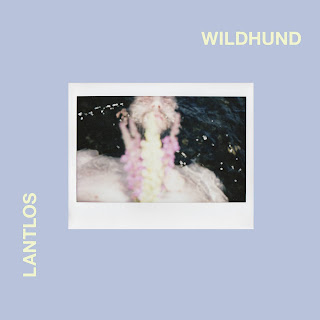 Lantlos is a very divisive band within the black metal community. Being one of the founders of the 'black-gaze' or 'post-black metal' subgenres, these guys are looked to as the prominent foundation for such style of music. Their pasts releases being a mixture of shoegaze, black metal, post-rock and even plain old rock influences in them, it created for very unique and rather beautiful sounding music. But of course, there are those who feel the need to keep the black metal tradition 'trve' and 'kvlt', wanting to keep it ugly and rough. But that has not stopped this band from pushing forward and even breaking out of the black metal mold. This latest album of theirs may have the hints of black metal very deep in its DNA, but it is very far from it. That doesn't stopping this album from being a work of art though.

Wildhund is unlike their other albums, and unlike many bands or releases with the same labels attached. Its really beyond genres, as it fuses so many into one. There's post-rock mixed with emo mix with post-hardcore and many others. The guitars are clean yet with a perfect amount of distortion to keep it heavy. The vocals are clean and incredibly clear, unlike their previous works that take more from shoegaze on that front. The instruments aren't layered so much ontop of each other and crowd each other up like in the genre mentioned. Instead its a bit more traditional style of progressive metal, with each instrument being able to stand on its own. The guitar riffs are where this album shines I feel. They're incredibly catchy, ethereal, beautiful, and sunny. Its a weird word to describe it with, but the mental image all through out this album is almost nostalgic of a past summer. This thought is helped with the lyrics being sung as well. One of the best examples I believe is the fifth track Vertigo. Not only do the lyrics express nostalgia of a past summer love, but its even reflected within the instruments as well. With an almost adolescent like riff in vein of old school mid-west emo but with a heavy metal twist to it.

Another thing I very much enjoy about the album is just how diverse it sounds as well. While all staying within the same theme, they're able to make each track be its own individualistic take on certain themes and genres at hand, with even an ambient track titled Cloud Inhaler thrown into the mix just in case you weren't relaxed enough. And what's also impressive is just how each song can be incredibly catchy thanks to the basic, yet beautiful riffs that are, in my opinion, the main driver of the emotion in the album. So much heart and soul was poured into the playing that everything else seems to just follow suit and follow in its steps.

Another amazing album to come out this year, and really came out of left field with just how different it is. Those who are die hard cultists of the underground, crude, and dirty black metal, this is not the album for you. Much more approachable to the untrained ear, and can still leave you crushed with by how heavy it sounds, while still staying light and emotional. Very much a recommendation and a must listen to all.