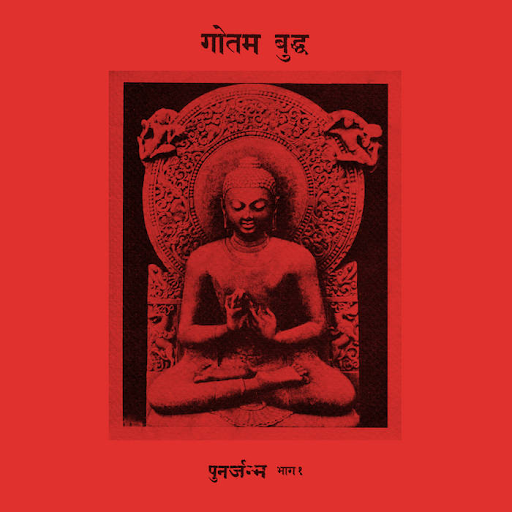 Its not often I hear of bands coming from the east, Kushinagar, India in particular, which is rather fascinating seeing as how that is a rather popular pilgrimage site for Buddhists. So when I saw this band cross my feed I was highly interested, the blood red cover featuring a statue of Buddha on it as well seemed to peak my interest as well. After all the band name does translate to Gautam Buddha in English, named after the Buddha him self. The song writing reflects the spiritual nature of the band I feel, despite its raw and lo-fi nature.

The production is very raw and stripped back, the guitars have a light yet crunchy sound to them that are layered over with plenty of raw distortion on them. The drums are also incredibly up front and makes its presence known with a very solid sounding snare that drives the beat along in many of the blast beat sections. The guitar writing seems to be the main focus surrounding the music, creative riffs strummed tremolo styled to a more casual strumming and even a clean and slow guitar riff on the second track that brings me back to Forgotten Woods perhaps an homage to the band. There are only four tracks on this album, each of them well over nine minutes, but you'd be surprised to find that none of these songs get repetitive at all, thanks to the fantastic song writing and interesting production style that really keeps me captivated.

The album its self is a meditation on death and reincarnation. The translation of the album into English is simply 'Reincarnation part 1'. Each track touches upon the reasons behind a soul reincarnating on this realm of existence. While, the vocals them selves are obscured by harsh reverb and are screeched out in your typical black metal fashion, I could only imagine what the lyrical contents are since each of the song titles are different phrases in Hindi relating to the very nature of rebirth. All beings must go through this cycle. Even those who are with the divine now will be pulled down again to relive life on this Earth for better or for worse. Its a topic that's never touched upon within black metal, but its weirdly fitting, as with the melancholic and oppressive atmosphere this album builds, maybe this cycle isn't something one should look forward to.

I've found my self very much drawn to this album. From the spiritual themes, to the style of production, it all really captures what I love about this style of black metal. I can see this putting off those who are more used to black metal of the 'Trve' and 'Kvlt' variety, seeing as how many of the guitar riffs I've found to be rather pretty and ethereal, capturing the very metaphysical ideas this album had to share. Give this album a shot even if you're not that much into black metal its self, its a very interesting perspective of Buddhism one doesn't see very often. Highly recommend.