Serpent Of The Abyss — Wrapped in Darkness 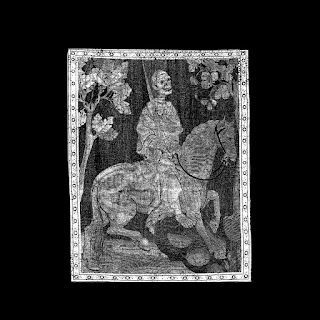 Spawning from the underground Serpent of The Abyss is a band that came out of no where releasing their album Wrapped in Darkness a wicked, raw, and very atmospheric, this album has very unique qualities with creative guitar riffs that seem almost medieval at times while still sounding incredibly raw and abrasive. While there's only three tracks they're all rather long, though there's no sense of repetitive nonsense that drags on for too long.

I was incredibly impressed by the amount of creativity was put into this album, the guitars blend together with dissonant harmonics that warp the mind and put one into a trance, while still keeping a melodic presence buried beneath the chaotic haze of the guitars. The drums are a standard blast beat all the way through for the most part, there are times where it slows down, or changes up and hits a crash or a high hat every now and then, but it changes just as much as the guitar changes all through out. They blend so well together thanks to the raw production style, it adds to the mysterious nature of the album as well.

The vocals, while sparse, are ghastly and harsh, spitting out unknown curses into the abyss with added echo effect, it really drives in the atmosphere and lies perfectly with the mixing of the album. Each instrument is properly heard, its a weird thing while its crisp and clean, its still chaotic and crazy with the distortion. Its rather beautiful really, and highly captivating. A nice touch as well to add home the hazy atmosphere is that berried beneath the harsh guitars are underlying synths that really add a vibrant and somber touch to the tracks and is a great support for the guitars.

Its just simply hypnotic how the album blends so well together. The instrumentation is just so well put together it really draws you in more and more, especially on the second track I feel. Sword of Hate and Glory is the second longest track on the album as well, and it really progresses in a very dissonant way that almost seems suffocating and intense, but morbidly beautiful. It just kept drawing you in deeper into the dark and built the atmosphere so well.

When I heard it the first time I immediately played it again, I was very much blown away with what I heard, its a very distinct sound among the raw atmospheric black metal type acts out there. Its a creative turn thanks to the beautiful song writing. The fusion of atmosphere and song writing is executed perfectly and it really makes me hope that this act releases more material. But at the same time I can appreciate the uniqueness of having this one singular album as a standalone piece of work. I highly recommend giving this one a listen.