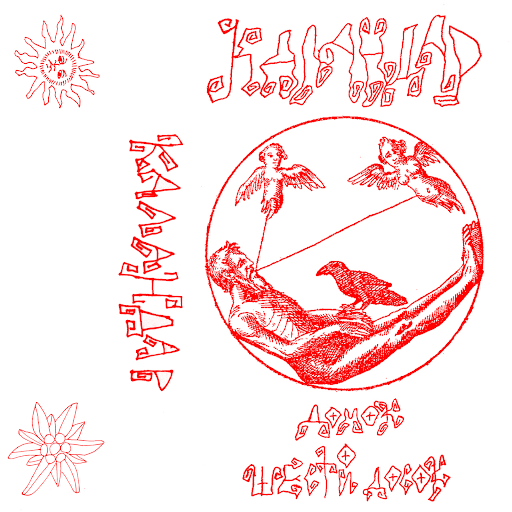 As apart of the Larmsturm Division, Каландар (Kalandar) is a fusion of raw black metal and extremely noisy punk. Stomping forth with mighty melodic riffs that are extremely catchy, militant d-beats, and harsh vocals spewing hatred towards those around them. Call this style what you will, but the term coined by the band 'kali yuga rock & roll' is extremely fitting. Simply oozing off the vibe of decadence and hatred it only makes sense that this is the anthem for the age of Kali Yuga.

The album is rather short, going only a little bit over twenty minutes, but its extremely impactful thanks to the rather loud production style. Each instrument is clearly heard even ontop of the screeching guitars. Speaking of guitars, the riffs are rather straight forward punk style riffs that are like candy to the ears. Personally I couldn't get enough of this album, listening to it on repeat over and over. The vocals are my favorite part of the album, they're raw, aggressive and filled with hatred. Its rather fitting for the Kali Yuga themed lyrics I was able to find and roughly translate.

One thing that's for certain is just how uncompromising the album is. Thanks to the production it borderlines on the side of noise rock, the rusty sounding guitars just simply scratch the ears off the listener while the deep and crude sounding drums stomp on in the background. The bass as well is quite fuzzy and stands on its own in the production, being able to be heard front and center. It creates its own sort of atmosphere that is different from the rest. Not so punk, yet not so black metal. Somewhere in between that is unique and quite addictive indeed. Its almost fitting with how crude it sounds to reference Kali Yuga, an age where the morals of man dissipate and the sins of ours reality come to fruition. The end times.

This release was something else. I've found my self really falling in love with this style of music and just simply captured by the Larmsturm Division as a whole with their twisted message of militant noise. Каландар is just one example of what they have to offer. It may not be for everyone, but it sure was for me. Give it a listen.